X
b
The new normal
Our measures for healthy togetherness:

Travelling until 09 May 2021 is only permitted for professional, medical or mandatory social-ethical purposes. Guests arriving from a foreign risk, high incidence or virus variant area are required to present a negative Corona test not older than 48 hours at check-in. 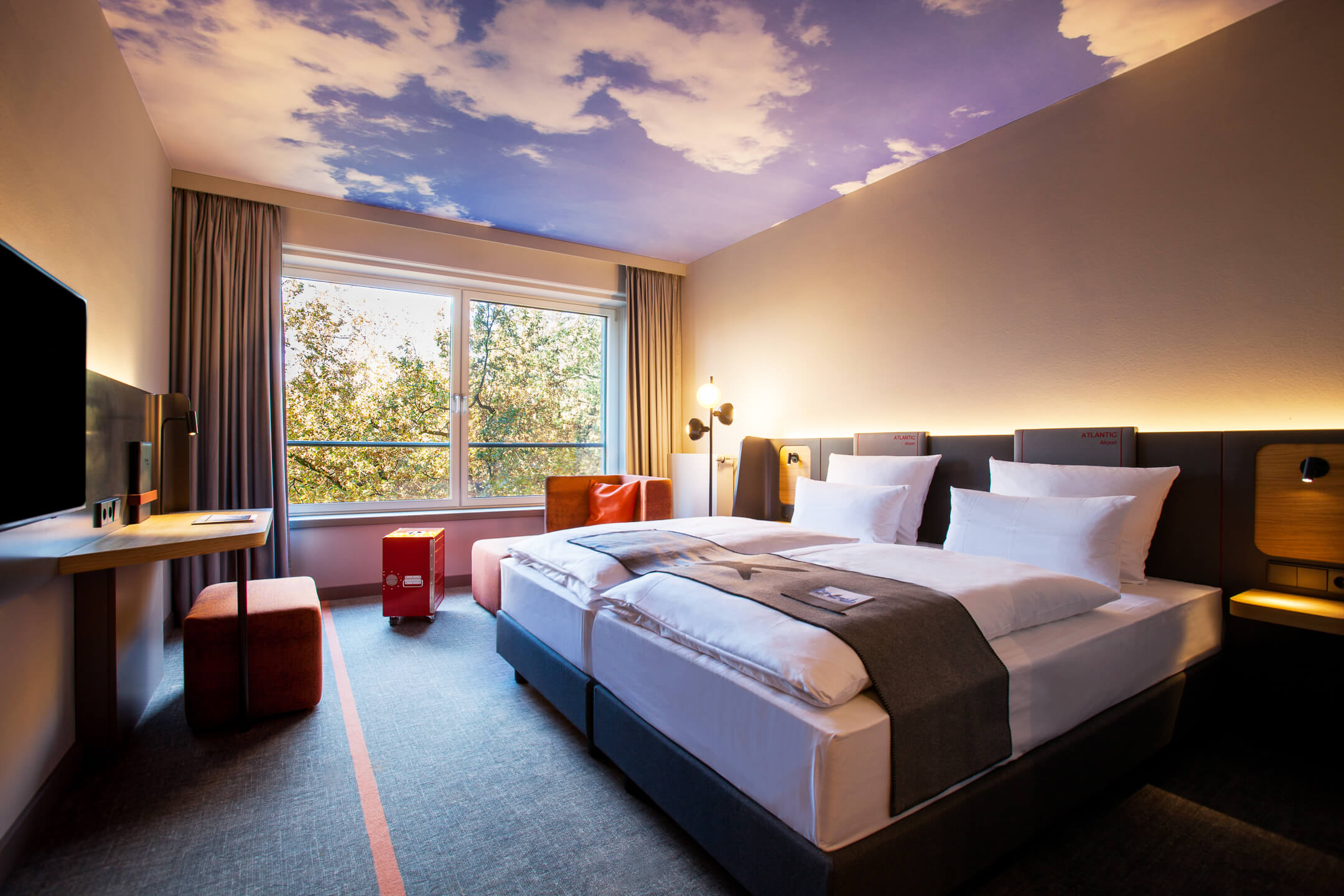 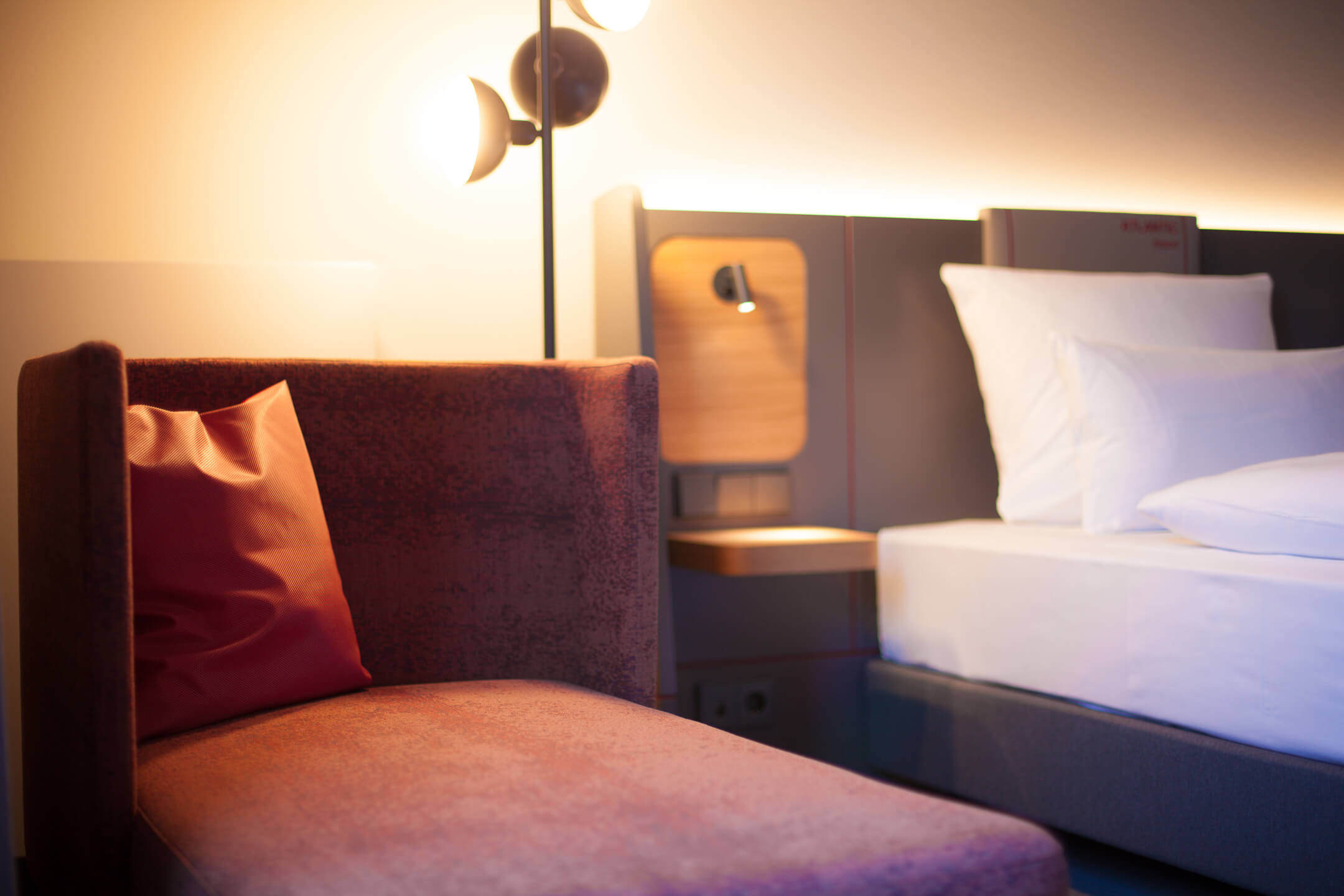 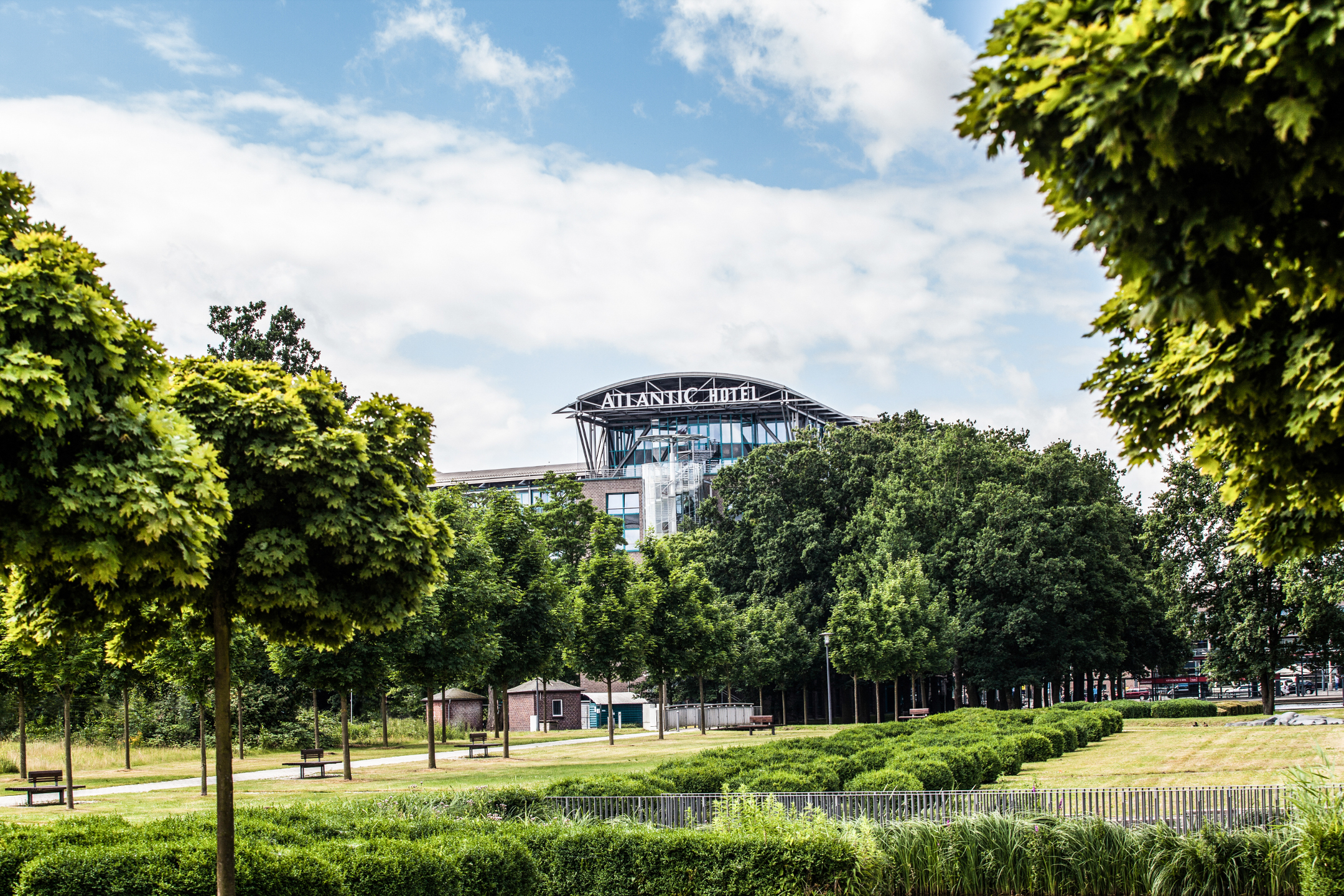 The 109 Business rooms and 3 suites including bathrooms and corridors in the popular four-star hotel have been redesigned and renovated. The new room concept is dedicated to the topic of aviation. In this way, the hotel will focus even more on its location directly opposite the airport terminal. The ATLANTIC Hotels Group is investing about 2.5 million euro in the ATLANTIC Hotel Airport, which opened in 1996, to refresh the rooms.

" For the conversion, we were able to win over the renowned Munich architect Christian Olufemi, who is also involved in many newbuilding projects of the ATLANTIC Hotels Group," says Marc Rohe, Deputy Managing Director and Head of Projects and Development at ATLANTIC Hotels Management GmbH.

Renovation work in the rooms was completed in May 2019. The lobby, the BLIXX restaurant and the event area of the hotel were already modernized during the past five years. In addition, this was followed at the beginning of the year by a completely new fitness room.

“Our many regular guests are particularly pleased with the modernization of the rooms and the additional fitness room, which is equipped with high-quality TechnoGym equipment,” says Hotel Manager Tim Langer.

The “aircraft” décor theme is addressed by the new concept through specially developed furnishing elements that are well known in the world of aviation. This includes the typical stylistic elements that are already familiar from business class in aircraft. The airplane trolley and the relax furniture are special interior accessories which are integrated into the overall concept in an ideal way. The highlight of the 26 m² spacious Business room is the ceiling – adorned by a photograph of the sky over Bremen.

Commitment to the location

“The volume of capital expenditure is a clear commitment by our investors to the airport as a location, because we all have great confidence in the continued positive development of the Airport City,” says Tim Langer, Hotel Manager of ATLANTIC Hotel Airport.